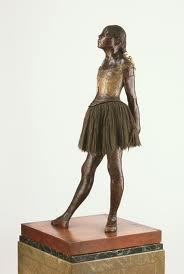 This handsome dude is Charley Darwin, just back from his adventures on the Beagle
I celebrated the 200th birthday of Charles Darwin in 2009 with THE TRUE ADVENTURES OF CHARLEY DARWIN, in which Charley is the narrator. He describes his childhood in England, his miseries at boarding school, his doomed love for Fanny Owen, and his decision to sail around the world with a brilliant but neurotic sea captain, all of this leading up to the scientific discoveries that have changed the way we look at the world.

Since that book appeared two years ago, THE BAD QUEEN has been published; I've visited Egypt and completed CLEOPATRA CONFESSES, due out in June; done several drafts of THE WILD QUEEN, about Mary, Queen of Scots; and made a good start on VICTORIA RULES.

But my heart still belongs to Charley. Maybe it's because I spent time in Shrewsbury, England, where I visited his school room and wandered through his boyhood home. And by lucky chance I met a great-great-great nephew of Fanny Owen who invited me to his home, the very house where Charley once courted Fanny, the garden where he kissed her. I trudged through a downpour to gaze from a distance at the Wedgwood mansion where Charley spent holidays (it's private property, and the owner is known to be unfriendly). And frankly, I fell in love with Charley.

Charley Darwin's is a great story. I hope more readers will discover it when the paperback is released this month, and that they will fall in love with him, just as I did.
Be the first to comment