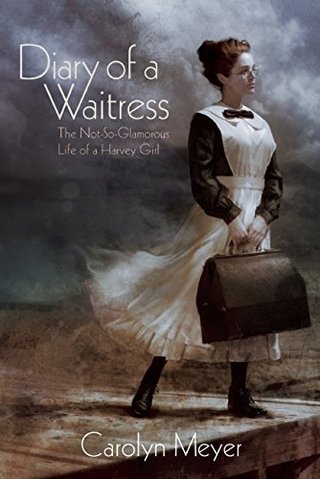 DIARY OF A WAITRESS: The Not-So-Glamorous Life of A Harvey Girl

DIARY OF A WAITRESS: The Not-So-Glamorous Life of A Harvey Girl

Meet Kitty, Emmy, and Cordelia, among 100,000 girls who answered a newspaper ad in the early decades of the 20th century:

WANTED: Young women 18 to 30 years of age, of good character, attractive and intelligent, as waitresses in the Harvey Eating Houses on the Santa Fe Railroad in the West. Good wages with room and meals furnished. No experience necessary.

It is 1926, and Kitty Evans is looking forward to finishing high school and going to college to become a journalist. Unfortunately, her father informs her that there isn’t enough money to educate both her and her brother and that she will have to get a job. With her dreams shattered, Kitty answers a newspaper ad for a Harvey Girl. After six weeks of training, she’ll be transferred to one of many Harvey restaurants located along train lines in the western United States. Little does Kitty know that the rules and expectations of a Harvey Girl are very strict. She meets some new friends including Cordelia, a debutante from Philadelphia who wears short flapper dresses and bright red lipstick, and Emmy, another girl who hopes to make money to send back to her family. Cordelia encourages the girls to try new things, Emmy reminds them of the rules, and Kitty documents it all. The narrative is told through a series of diary entries in which Kitty notes her challenges—from the job interview and telling her parents about life-changing decision to making friends and meeting all kinds of characters. Kitty records interactions with everyone from railroaders to politicians to hobos. She also has many admirers and is asked to “go for walks” and to “save a dance” at local gatherings. Meyer includes primary-source photographs throughout to illustrate the Harvey buildings and train stations, as well as local people. Kitty encounters many travelers from around the world, hearing German, Spanish, and some local slang as she travels from Kansas to New Mexico. Readers will feel connected to Kitty and her group of girlfriends and hope for their success. VERDICT A fast and interesting read about a part of history of which many readers may be unaware.