Behind the Books: The True Adventures of Charley Darwin

I think I fell in love with Charley.
I knew it was a risk, for several reasons. I had taken a break from writing about royalty with books about a dancer who modeled for a well-known painter (MARIE, DANCING), the wife of the most famous playwright in the English language (LOVING WILL SHAKESPEARE), and the sister of one of the world best-known composers (IN MOZART'S SHADOW). So--why not a book about a male character and a scientist whose theories are still for some reason controversial? What about a novel about that scientist--not as an old man with a long, white beard, but as a boy interested in rocks and birds' eggs who discovers his passion and becomes a great natural scientist?

Why not write a book about CHARLEY DARWIN?

And what a character Charley turned out to be! He was bored silly with school but curious about the world. His father despaired that he would ever amount to anything and would be a lasting disgrace to his family. He fell hopelessly in love with a girl who had other things was not much interested in a man with no profession in mind. He embarked on a sea voyage that was supposed to last for two years and went on for five. He collected so much stuff that nobody knew what to do with it all.

I visited the Darwin home in Shrewsbury, England, the school that he disliked so much, and the home of the girl who wouldn't wait for him. I wish I could have followed his sea route around the world, but that was beyond me. I think I fell a little bit in love with Charley, and I certainly loved writing about him. Read More
Be the first to comment

Behind the Books: In Mozart's Shadow 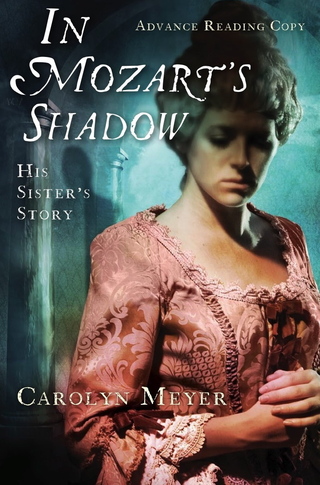 In Mozart's Shadow
Imagine being a young girl, an enormously talented musician, with the bad luck of being the older sister of Wolfgang Amadeus Mozart! That was the fate of Nannerl, growing up in Salzburg in the shadow of a bratty kid brother, a snotty little genius who got all the attention. Add to that a domineering father bent on promoting his amazing son, and a mother willing to sacrifice everything.

Fortunately for this 21st century writer, when the Mozart family went on the road to showcase their musical children and to gain fame and fortune, they wrote lots and lots of letters, and I am forever grateful to the scholar who collected them and translated them from German to English, because those letters provided the basis for the story.

A trip to Austria and to everything Mozart--of which there is plenty--didn't hurt, either. And I do love wienerschnitzel.  Read More
Be the first to comment

Behind the Books: Loving Will Shakespeare

Loving Will Shakespeare
Interesting, how one thing leads to another. I so much enjoyed researching and writing about a young dancer in 19th century Paris that I wanted to write another story about a relatively unknown figure associated with a great one. Anne Hathaway, wife of Will Shakespeare, was a natural. I already knew something about the Tudor world, and who doesn't recognize the name of Shakespeare!

There has been much ado about Will for centuries, but the amazing thing is how little is actually known about Will's life. I chased down whatever I could find out about his parents, his siblings, the church the family attended, the kind of schooling Will likely had. I researched a glove-making, ale-brewing, sheep-shearing, and the effects of the plague that swept through the countryside and killed so many people. I investigated the dances people enjoyed, the songs they sang, the food they ate, the crops they grew, the clothes they wore, the houses they lived in, the things they bought and sold at the weekly market.

I explored Anne Hathaway's cottage outside of Stratford-on-Avon, and stayed at a house across from Will's grandmother's farm in Wilmcote, a few miles away. The house existed in Will's time. I'm sure Will used to warm himself by that fireplace and gaze out of those windows. I dreamed the fictional dream and tried to bring it to life in the book. And I wish I could do it all over again. Read More
1 Comments

If you do it again, I shall have to come with you, given that I've fallen in love with one of the Royal Shakespeareans. *chuckle*