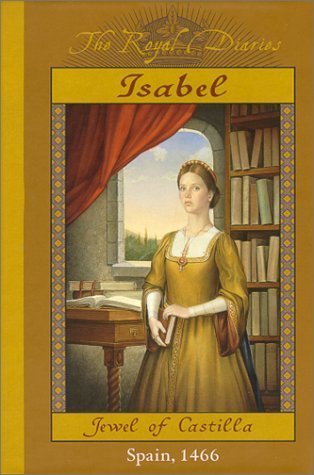 Anastasia: the Russian girl whose story will break your heart

Anastasia is a carefree young duchess, daughter of Nicholas Alexandrovitch Romanov, tsar of all the Russias in 1914. While her father attends to the turbulent affairs of a vast and complex country, Anastasia's major concerns are how to get out of her detested schoolwork to play in the snow, go ice skating, or have picnics. She wears diamonds and rubies, and every morning her mother tells her which matching outfit she and her three sisters shall wear that day. Slowly a hint of future trouble enters her happy, pampered life. Anastasia's younger brother, the future tsar, is a hemophiliac--a "bleeder" who cannot stop bleeding if he is cut or bruised. Anastasia begins to learn that all is not well in the outside world, either. Not everyone in Russia worships her father as she does, and the Germans are about to declare war on Russia. Anastasia's world gradually deteriorates, as reported in her youthful, often playful journal.

As Russia entered World War I, hunger and poverty grew among the peasants, and the Romanov ruling family began to lose favor, culminating in their murders--including Anastasia's--by Bolshevik revolutionaries. This fictionalized diary of the mischievous youngest daughter's last four years gives a fascinating glimpse into a life of unlimited wealth--and the subsequent downward spiral.

Isabel: the girl who became queen and sent Columbus on his voyage

The diary of teenaged Princess Isabel of Castilla (better known to Americans as Isabella, the queen who sponsored Columbus) is a story of intrigue, as Isabel strives to remain on good terms with both her controlling half-brother, King Enrique, and her younger sibling, the rebel King Alfonso. It is also a tale of romance, as unwelcome matches for the princess are made and broken until she finally weds the man of her choice.

Whoever heard of a girl becoming KING?

Upon discovering that their newborn infant was, in fact, female and not male as first thought, Queen Marie Eleonore wailed inconsolably and King Gustavus Adolphus declared, nevertheless, that the child be raised as a prince. At age six, upon the death of her father, the child Kristina, was proclaimed King of Sweden, with regents assigned to council until she assumes the throne at age eighteen. And indeed, her life followed her father's plan. We meet Kristina when she's almost twelve years old and eschewing feminine practices but reveling in the study of military tactics.